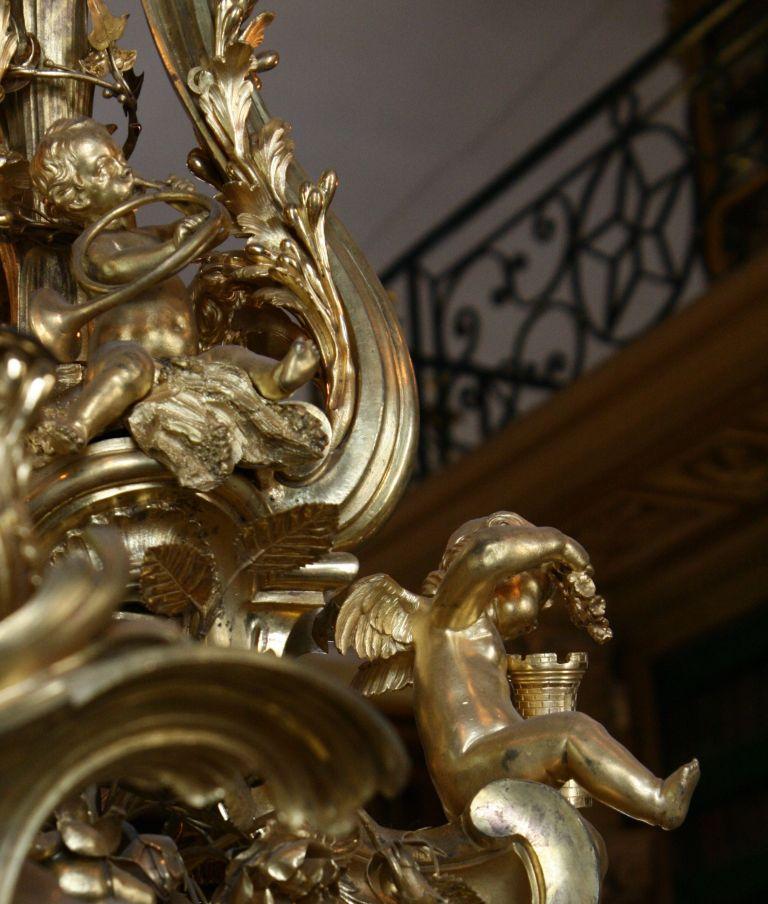 Slightly over 200 artworks are kept in the Mazarine Library, most on display in its public areas. Some items were part of the furniture of the library of the Collège des Quatre-Nations in the seventeenth and eighteenth centuries. But the most remarkable pieces were attributed to the library after 1794, owing to the influence that its director, Gaspard Michel called Leblond, exercised over the revolutionary authorities during the inventory and distribution of confiscated artistic and scientific heritage. Furniture and artworks from several depots found their way into the Library's galleries, such as the still impressive series of 90 busts, ancient and modern – including the Athlete and the Philosopher from Mazarin's private collection. Other remarkable pieces are: the bronze portrait of Richelieu by Jean Varin (1642), which transited through the abbey of Saint Germain des Prés, and the terracotta busts of Buffon by Augustin Pajou (1776) and Benjamin Franklin by Jean-Jacques Caffieri (1777), from the collection of the Comte d'Angiviller. The celestial globe by Coronelli, a marble inkwell that once belonged to the princes of Condé, two clocks signed Louis Ourry (17th century) and Benoist Gérard (18th century), marble or bronze vases, tables and chests of drawers complete this collection, along with several candelabras, including two sumptuous gilt copper pieces which once belonged to the Marquise de Pompadour and probably decorated her grand drawing room in the Château de Crécy.